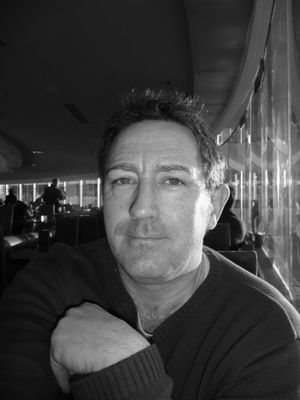 Graham Turner learned his songwriting at Bath Uni, Nashville, London  and LA, under the watchful eyes of mentors such as  Alan Roy Scott and Dr Richard Niles to name just two.  he has studied Music Production at ACM, The London School of Sound and with personal tuition from Dr Josh Carney from Michigan Uni.

In just a few short years, he has written or produced over 400 songs,  Including collaborations with Multi Grammy Winners Mattias Bylund, Dillon Dixon, Motown Hall of Famer Clay McMurray, Emmy Winner Suzanne Edwards, Critics choice Unsigned act of the year Eddy Smith "(You're not here with me" remix,) Twice Busker of the year Natalie Shay, ("It's Christmas" )Top Swedish artist/writers Janousek,( several titles) Simon Erics,(" Heard it all before" )and other breaking artists including Norma Jean Martine ("Take it Slow"). Other credits include NSAI top 40 songs of the year 2013 "You come to the Rescue"( Turner/Dixon & Tin Pan Alley songwriter of the year finalists 2016 for "End of The World" ( Turner/Smiley) .

In 2020 Graham Lost his eyesight, but after Two lots of Major Surgery, is back in the studio , writing and producing new material in 2022, and has already secured more placements with Publishers and Label Artists.